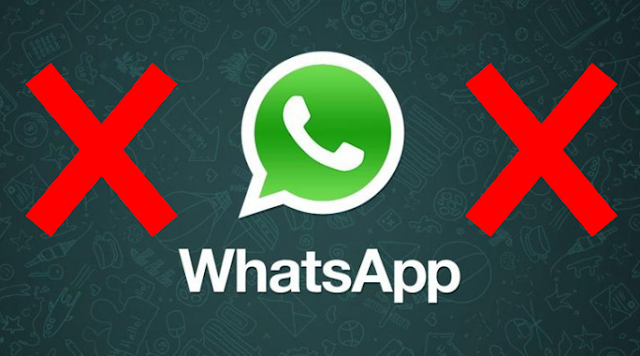 Whatsapp behaviour is not new to zamdtek.com, we have written on How whatsapp stopped BB and other phones here. We have also show you the adequate steps you can use to add whatsapp on BB 10 series.


Whatsapp is a well know chat platform bought by Facebook some years back. Whatsapp has of recent keep limiting some phones and devices from their app usage. They do this by either upgrading to a version higher than some device OR or removing some device entirely. They may also decide the stop some particular format of application.


If you can remember when whatsapp was introduced, it was like Facebook and Twitter that work across all devices. With time whatsapp specialized on apps only and was able to remove some devices. When it comes to phones OS we have Java, RIM, android, Lumia, Ork, iOS etc. Java are been used by smaller phones like Nokia, if whatsapp has no pure Java app then Java phones cannot use it etc


The last evolution of was witnessed the drop of BlackBerry, Lumia and Nokia java and Nokia Symbian phones. This time Whatsapp has announced the drop of Lumia phones, android running version 4.1 and below, iPhones running below iOS below 8 and etc. Whatsapp is free chat app and as if that I don't think you the user can ask why.

Apple iPhone (iOS)
For Apple devices, any iPhone running iOS 8 or earlier will be culled by WhatsApp at the end of January.

Apple launched iOS 9 in 2015, meaning anyone with an iPhone 6s or newer is safe. Certain older models are able to install iOS 8, though not all. These are the iPhones that came out before the release of iOS 8, together with whether they support the newer software:

That means smartphones running Android 2.3.7 (Gingerbread) and earlier will be hit, though this only affects phones more than a decade old.

WhatsApp crash bug destroys group chats with a single message
Even many of those devices launched before 2011 are able to update to the newer operating system, so owners can continue using WhatsApp.​

“While these mobile devices have been an important part of our story, they don’t offer the kind of capabilities we need to expand our app’s features in the future,” WhatsApp said.

“This was a tough decision for us to make, but the right one in order to give people better ways to keep in touch with friends, family, and loved ones using WhatsApp.”

Never worry, we the developers are working on how to decentralize the mighty whatsapp and have a better app that can replace it.