Whatsapp to start showing ads (advert) on the whatsapp app. 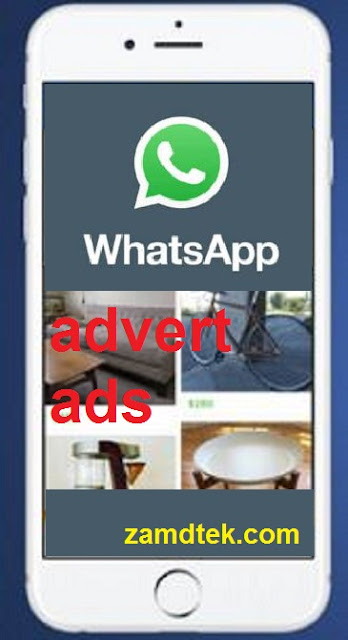 WhatsApp which introduced some secutity messures recently is a messaging app that was created by Brian Action and Jan Kuam back in 2009. The idea came to subsidize the cost effect of SMS charged by networks provider.

Facebook bought WhatsApp in 2014 with whooping sum of $19 billion. If you know Facebook well your will agree either me that they are business minded that why they generate money here and there. Since Facebook has acquired WhatsApp which it feels that is rival to Facebook messenger.

Although the founder of WhatsApp are no longer in controll of WhatsApp which has up to 1.5 billion users sending about 60 millions message daily. As Blackberry 10 is struggling to keep up with whatsapp pace. Before they left they generated about $3M from the selling of app alone. In some countries before you download WhatsApp you have to pay about $1. This idea of app purchase was later stopped n made it free for all download.

People are still speculating that ‎ Facebook use personal data generated from WhatsApp for business purposes. May thus be true then there will be done security concerns about WhatsApp app.


Facebook recently announced that they will stop the WhatsApp old fashion ways of making money through sell of whatsapp apps. This may be the reason the founder of WhatsApp left Facebook company. Facebook has said that they are carrying out so advert platform on WhatsApp. Hopefully, later the year 2018 on early 2019 WhatsApp will be running ads on background. Facebook is all about business..